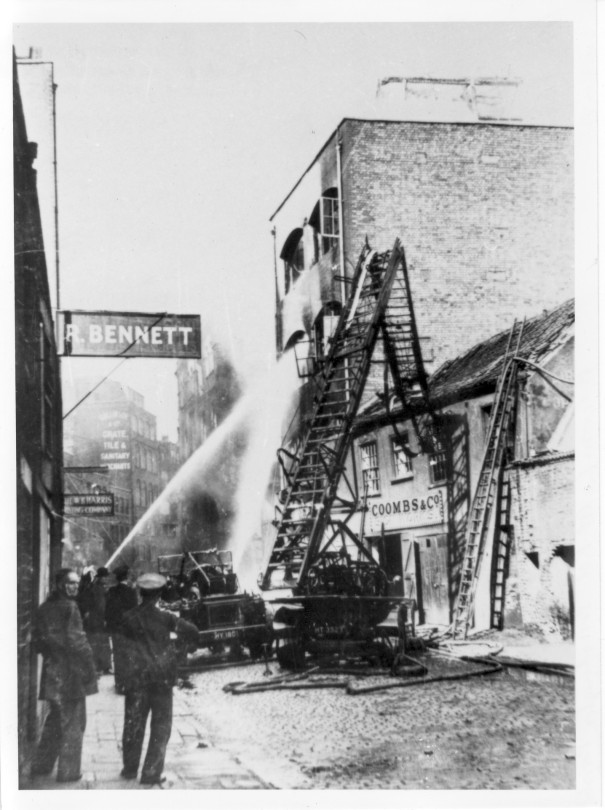 This turntable ladder (wooden) broke in half whilst engaged on a fire at Fairfax Street on 6 July 1935. Fm Barratt who was at the head of the ladder was thrown through the roof receiving minor injuries. Mr Barratt later became the publican at the Bloomfield Inn, Bloomfield Road, Brislington, Bristol