Roy Ernest Smith aged 80 years, passed away on 9th October 2018. Roy enlisted for National Service with the RAF following his demob he joined the Bristol Fire Brigade in 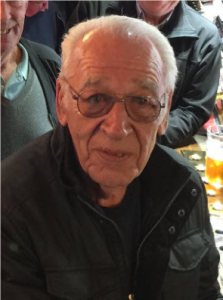 1958 and was stationed at Bridewell Fire Station, when the Bristol Fire Brigade became the County of Avon Fire Brigade in 1974 he transferred to Kingswood Fire Station from where he retired in November 1988. Roy was a stalwart Firefighter with a very humorous character and had many close friends and colleagues during his service. He leaves a wife Nancy and daughter Julie