Bob had recently returned from Australia visiting his son Ian. Bob joined the Bristol Fire Brigade in 1963, serving at Bridwell and later at B6 Speedwell, he retired in December 1988. 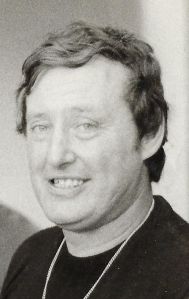 He leaves a Widow, Christine and two sons Ian and Mark.

We do not know of the funeral details, however, given the current situation, numbers attending will be restricted.